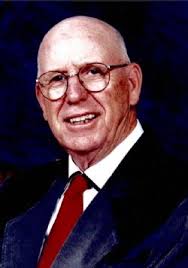 What I’m going to tell you is the real truth, and I know it because it happened to me. I know the difference between a vision, a dream, or a hallucination, and a real experience. And what I had was a real experience, but I’m not going to try to convince you, that’s not my job. The Lord told me to tell it, and that’s all I intend to do. If there’s any convincing done here, the Holy Spirit will do it. I’m just going to tell it as it actually happened……

The miracle occurred August 3rd, 1979. That day I suffered what appeared to be a physical death, as a result of a massive internal hemorrhage, a rupture of a main body artery, without warning. My spirit was taken from my body and carried first into the second Heaven, and finally before God in the third Heaven, where I saw many different things and received a five-point message, which God sent me back from beyond the grave to tell the world, to give the world this message…….

An appointment I could not miss–my death

The first people I met, or the first beings, are real, individual spirit beings, that are extremely powerful, and before I tell you about them I am just going to give you a few Scriptural references to their existence.
Luke 8:29 says that demons are extremely powerful. Mark 5:8-9 says that their number is so great that it’s unable to be recorded. Matthew 10:1 says that they are unclean beings. Matthew 12:24-30 points out that they are totally and completely under the authority of Satan himself. And 2 Peter 2:4 points out that some of them are fallen angels……..

But I had met my appointed time to die, and no matter how hard they worked, they were not going to preserve that life, only God could extend that. And I knew that when I came to myself, that this was it! It wasn’t that I guessed, or it wasn’t, “Oh, I feel terrible, I’m going to die.” It was a revelation that this was my time to die!…….