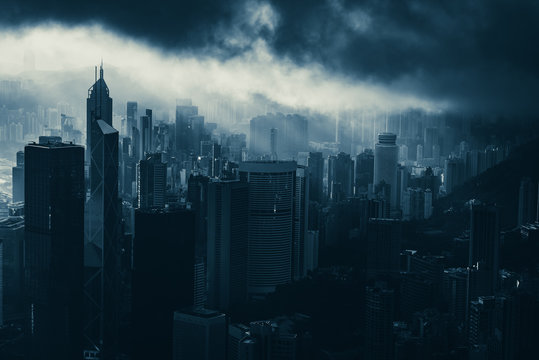 You know how we’re all thrilled that Jesus is coming soon and we’re looking forward to the Rapture? But honestly, I’m not looking forward to going through the Tribulation and I’m not all that excited about it. Is that bad? Maybe there are other people who might feel a little similar to me.

The Tribulation is not a time of great torment and defeat as many have pictured it. There will be the occasional torture scene, someone who is killed for My Name, and toward the end, such things will become more commonplace as the evil regime of the AC becomes more and more vile and desperate to wipe out My children. But for you who are following Me closely, such occurrences will be few–because you will be following Me and trusting Me.

You will be able to hear My voice, so you won’t fall into many of the traps that the Enemy will set for you. Yes, some will be martyred for My sake, but if you take the whole time frame and look at it from My perspective, it’ll be a time of great triumph for My children, and especially so for My intimate lovers, you My Family. Though some fall, though some are beaten and killed, though some may fall by the wayside, the majority of you will be victoriously witnessing till the very End. Some will die as a witness and a testimony to Me, but they won’t die needlessly or without a good purpose. Those who do come Home earlier than the others will do so because I know that their death will be an even greater witness than their life. I won’t call people Home till I know that the ending of their service on Earth will make for an even greater witness than if they kept on living and fighting. Not everyone will be subjected to the evils of the world; very few, in fact, will ever feel the hand of the Enemy on them, and those who do will be covered in My grace and My love for them. I will not tempt them beyond their ability to bear these things, and I will be with them through their darkest hours. Those of you who will bear the great privilege of giving your lives for Me will be greatly honored, like war heroes back from the battlefield. A great reward awaits you on this end for being willing to give your all to Me and hold nothing back, not even your life. To those who might be fearful about entering this time of turmoil I say this: The Great Tribulation will be a time of the greatest witnessing ever, the greatest miracles ever, the greatest testimonies ever. You will be bolder than you have ever been, hearing from Me more clearly than you ever have, following Me more closely than you ever have, and you will be the greatest witness ever!

The world is going to tremble and quake at your presence! They’ll know that a Higher Power is within you and that you are My messengers. They’ll quiver with fear, knowing the great power that is delivered into your hands from Me. They will be the ones suffering in torment as I mete out judgments on them. They’ll be the ones gnashing their teeth, begging for forgiveness at your hand. You are going to come out of this period in history as the brightest shining examples of My power and My victory over darkness. You who are closest to Me will be the leaders and commanders of the great multitudes of My children who will rise up with you against the Antichrist. They will stand with you and you will direct the forces. This is not a time to be feared or dreaded; it is a time to look forward to, your greatest hour, the hour that all creation has desperately longed to see and partake of. You are the players in the final, greatest act of the Endtime! You are the partakers in the flesh of these moments which all of Heaven is excited about–and you should be too! You will shine as bright beacons–the lighthouses of My salvation for a shipwrecked world. You will be their saviors, and your foes will be as dust and ashes underneath your feet. You will stand up with a power not your own–for it will be My power. You will rise up and stand with great boldness against the enemies of My Name, and you will beat them back, terrify them, and cause them to run in terror from My mighty power. The power you will have is far beyond your understanding at this point. So far you have been downtrodden, abused, and defamed before the nations. But in those days you will be as a terrible dream in the night to the forces of evil. You will calm the raging seas or whip them into a wild frenzy as it suits your needs. You will dry up the heavens or cause such torrents of rain to pour down on the wicked that they are washed away in the tides of My power. You will call down fire from Heaven to consume those that stand against you, and I will fight for you! You will see Me stand up with a great fury as I judge those who would dare to touch My Bride. I will beat them with a great staff. I will tear them to pieces before your eyes. I will cause their wrath to be turned on their own heads, and you will be My victors.

Maybe you don’t understand your part in these Last Days. Maybe you’re looking at the wrong side of the tapestry. You’re not going to be weak and insignificant and downtrodden. You will be mighty and visible to all as powerhouses of the Spirit of the Living God! They will tremble at your name! They will fade away in terror as you are filled with My Spirit! This is why the Devil is fighting you so hard right now–he knows what you are to become! He knows even better than you do the great threat you are to his plans. You may see yourself as nothing and as weak and frail, but I see you as mighty and powerful and full of strength. You are weak in yourselves, making you the strongest force in the universe, because you’re open and receptive to My strength. You will carry with you the authority of My Name. You will be endowed with My authority to call in reinforcements, to mete out tribulation and judgment on those who seek to harm you. You will be My representatives on Earth, wielding a power more outstanding than that of the greatest military in history. Your words will not be empty political speeches, but will enact change. You will be My ambassadors to this world–ambassadors who will be able to ask anything–anything–in My Name. You will be able to do anything through Me. You will be victorious not only in the spirit, but also in the physical, because they will not be able to touch you, much less take your lives, unless it is My perfect time for one of you to come Home to your Heavenly reward. They will have no power over you at all. You will not be fallen reeds in the wake of a cruel tyranny–you will be iron rods of resistance and stoppage, proclaiming the truth to the Earth! Those who would do evil to you will find that they have done it to themselves instead. To some I will grant repentance, but to the obstinate I will mete out destruction and ruin. You will have the power to judge the forces of evil and decide their fate. You’ll be My representatives on Earth and I’ll work through you in a mighty way. You will be given permission to act as I lead you to act. So fear not that this will be a time of defeat, because I promise you it won’t be. I promise you the greatest era ever–of which this “era of action” is but the beginning. Your name will be reverenced and the world will know whom you represent and will not be able to lay a finger upon you without My permission. Those who strive against you will be striven against. Those who speak blasphemy will have their lying tongues dried up within them. They that fight against you will be fought against by the legions of Heaven. Those who torment you will be tormented day and night by My hand in just vengeance. The Lord of Hosts, He it is that doth go with you; He will fight for you and stand strong on your behalf. The Name of the Lord is a strong tower; the righteous runneth into it, and are safe. Fear not, My flocks, for your Shepherd is mighty to save, to deliver, and to protect His sheep. I will make you the presence of My power on Earth, the representatives of God to this Earth. Those who turn away from you turn away from Me. Those who spite you spite Me. Those who fight against you fight against Me. I will recompense evil. I will judge the nations according to their attitudes toward you. You will be the stronghold of My Spirit in these Last Days. “Victors over the nations” shall you be called, and men will tremble at your name! Victors of the Earth, your day approaches. Stand strong in Me and be the last chance this world has to repent. If they spurn you, they spurn Me, because I am He that has sent you. I will fight for you, My beloved brides, and you will be the concentration of My power on Earth. You will be My ultimatum, My last chance to the world. Those who embrace you, and through embracing you embrace Me, shall live. Those who reject you, and through rejecting you reject Me, shall perish. You decide the fate of the nations by how they treat you. You hold My power in your hands to do with as you will. You will be strong in Me. You will be known as those who are the closest to Me on Earth. You will be known as My lovers. You will be known as the “bearers of light” in the dark days ahead. You will be victors over this world!–Victorious in life and victorious in death–victors! (End of message from Jesus.)