We Are That Almond Tree 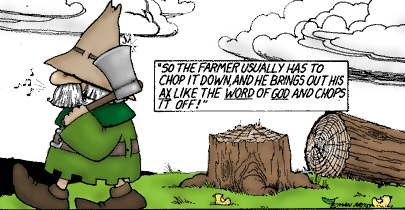 Inspired by an “important” announcement from TFI

Today is Putin’s birthday, the 7th of the tenth month, 2022 and he will be turning 70 years old, ruler of Russia for 22 years. (Excerpt from Putin’s B-day blog)

“I am the Master Maneuverer, the Great Engineer, but yet man looks to the likes of the villain/hero Putin instead of to their real Savior. They have a fearful adoration of the incredibly capable, brilliant cool strategies of a man they fear and abhor, but marvel at, at the same time. He draws the masses in like some evil fascination –as if there is no one else in the class of his level of brilliant stratagem, his commanding presence, his cool calm and collective authority, even over his enemies.  And they would have it so… a man of strength and a man of action but with a level head, yet a man of war! War is the way to solve problems and show superiority. But yet, I have laid My axe to his tree, and surely very soon it will fall. His time is short and his doom is sure. He will fall, My loves. He is not a husband as he will proclaim. He will not protect, but will expose all to horrors untold and unimaginable, as is already happening. The felling of the tree is the withdrawing of My hand. “He that now letteth will let!”  It is the beginning of the End. And it will come, so hold on now and run with patience the race ahead of you.

(2Thessalonians 2:7 For the mystery of iniquity doth already work: only he who now letteth will let, until he be taken out of the way.)

The king dreamt of a tree that spread its branches so high and wide that all the peoples of the world could dwell under it. Yet in its prime, an angel commanded that the tree should be cut down so that only the stump remained in the earth. The dream foretells that the king would go insane, be driven from the presence of men, and would act and look like a beast of the field for seven “times,” meaning either seven years or seasons. (Link 047) (Daniel Chapter 4)

2Thessalonians 2:8  And then shall that Wicked be revealed,

(Prophecy continues) Because they received not the love of the truth, God shall send them strong delusion. The axe has been laid to the tree of The Family in their delusion and arrogance at removing the Words of David.

The way is clear for him now. He is taking off his mask. His public debut will be the beginning of his fall.  He has been working very hard.  All the dominoes are falling into place. He is becoming exceedingly confident. Soon, very soon, the stray Children of David will fall at My feet in anguish and desperation as it will no longer be a question as to what point in history we are at. They will, almost too late, see the signs of the times. I will blow My breath on them nonetheless. They can be a voice. They can wave their arms and point the way to Me! I will have mercy upon them, for I never turn away a repentant heart.”

(Jesus speaking:) The Enemy is fighting hard in a last-ditch attempt to take away the power and destiny of the Children of David who I have called and ordained.

Joel 1:5 Awake, ye drunkards, and weep; and howl, all ye drinkers of wine, because of the new wine; for it is cut off from your mouth.

2Thessalonians 2:15 Therefore, brethren, stand fast, and hold the traditions which ye have been taught, whether by word, or our epistle. (The Words of David-the Endtime Prophet!)

Activate the Key of David to revive those which have lain dormant.

JOB 14:7 For there is hope of a tree, if it be cut down, that it will sprout again, and that the tender branch thereof will not cease.

You are the antennae now!

(WHEN WE FIRST RECEIVED THIS REVELATION, WE DID NOT KNOW HOW SIGNIFICANT WAS THE COMPARISON OF THE ALMOND TREE TO US–all of you–as inferred by the Lord! But on further investigation, we discovered that it was used very prophetically in the Scriptures, its name in the Hebrew meaning “the Awakening One”! The oil cups of the Golden Candlestick in the Tabernacle symbolizing the Light of the Spirit were shaped like almond blossoms: When Aaron’s Rod budded they were almond blossoms, symbolizing his authority in a new awakening of life. When the Lord began His prophecies to Jeremiah (1:11), He symbolized the beginning of a New day with the branch of an Almond Tree. And in that last beautiful chapter of Ecclesiastes He says: “THE ALMOND TREE SHALL FLOURISH,” in the midst of the prediction of the Endtime and the horrors of the Last Days!

“ WE ARE THAT ALMOND TREE, according to this recent prophecy! (Para 24.) Like the Almond Tree, we symbolize the End of a cold, hard, Wintry era and the beginning of a beautiful new Spring-like Age of Awakening of the Spirit of Life after a period of spiritual deadness, unbelief, terror and death! We, the Children of God are the vessels of His Spirit lighting this Last Generation by the authority of the Life of God springing forth in us, His Almond Tree of Today!” (Almond Tree, The [#0158])

So shall I set about building and creating a new forest, a new work, and so shall I raise up the new saplings and those who are worthy to be called My disciples and who will love Me and desire Me and My Words and My light above all. So shall these little ones grow and flourish and prosper and be found faithful, with the fertile ground of My Word alone underneath them. Gone will be everything outside the surety of My Word, and from this stripping will I reactivate My (new) Bride to be all that she is destined to be and bring forth all the fruit she is destined to bear. So shall My promises and My Word be fulfilled, and so shall this cause a mighty stirring and a mighty widening of the eyes of all My children. So shall a great hush and respect and reverence for My Word fall on all My children worldwide– where a healthy respect and fear of Me and My Word has fallen by the wayside. This shall cause a mighty turning and repentance in the hearts of many, and get them back to the basics of Me and My Word. And so shall a beautiful new forest be created from the ashes of the old. (PFTCOD1) Download “The Tree”

“Miracles happen when you claim My promises in the power of the keys.”

A Glitch in the Matrix

The Enemy is Playing Dirty

One thought on “We Are That Almond Tree”