Moving into the Wilderness 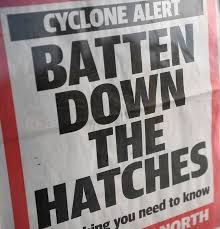 Jesus will never leave you!

Reposted from July 16 “BRICS Is Coming On Stage”

“There comes a time just before a storm hits when everything goes quiet. The birds stop singing as they draw themselves deeper under their feathers. The animals have already found a safe place of refuge or have gone deeper into their den or further underground. These are the wise ones of God’s creation. These are those that discern the signs of the times. These are they that know calamity or earthquake is about to hit so move out of harm’s way or prepare in such a way to avoid the worse of what is about to hit.”

Man, on the other hand, is often oblivious to impending disaster. He fails to read the signs and discern the face of the sky. It is his pride that blinds him. He refuses to listen to the prophets that God sends. He feels he has a handle on the situation, and unlike the birds and animals, he has tied himself to a place or thing and will not leave it until it is too late or not at all. Man has invested his life in the things of this world, his house, his job, his dreams, and he has convinced himself that they are permanent and will remain a part of his life’s plan. Man, like his dreams, is as grass: one day here, the next cut down and cast into the oven and burnt. His life is but a vapor, yet he builds and plans and schemes as if he has an eternity to do as he wills. He builds on the sands of time, and like time, he will pass away and though you may diligently search for him, he will not be found.

Now is not the time to plant and build for the future. This earth and man’s dominion over it has no future; his time has past and is about to be swept away. Now is the time to go deeper into the den of God’s Word. Now is the time to gather your chicks and draw in under the wings of the Mother Hen. Now is the time to pray as you move even higher up the mountain. The lowlands will soon be awash. Some of you are still not high enough. At My command you’ve moved up higher, but it is still not high enough to avoid what is about to come upon the world of men. You think you have time; I say there is no time. Gather what you can and move to higher pastures; don’t listen to the peace prophets or to those that say there are yet four months until harvest. They are blind leaders, and if you listen and follow, you will be swept away with them. I’ve sent My David, and I’ve sent My prophets before and after him. I’ve pleaded, yet many of My Words have fallen on deaf ears. I have cried from the rooftops, yet My warnings have been scoffed at, ridiculed and shouted down; and the hearers have turned their backs on My coaxing to leave the world and come back to their First Love.
Now My calls will diminish; they will be less stringent. Oh, I will continue to call; I will have My prophets in the world calling right up to the very end, but for those whose ears are dull, My voice will become even harder to discern. Those who won’t awaken now will find themselves trapped even deeper. Forsake all, come out from among them, leave this system and all its trappings behind. Find your place of refuge and batten down the hatches, for the storm is upon you. I will hold nothing back from those who activate the keys of the Kingdom.” (end of prophecy)

Isaiah 26:20, 21 Come, my people, enter thou into thy chambers, and shut thy doors about thee: hide thyself as it were for a little moment, until the indignation be overpast. For, behold, the LORD cometh out of his place to punish the inhabitants of the earth for their iniquity: the earth also shall disclose her blood, and shall no more cover her slain.

Podcasts from our library