New Covenant and the Temple 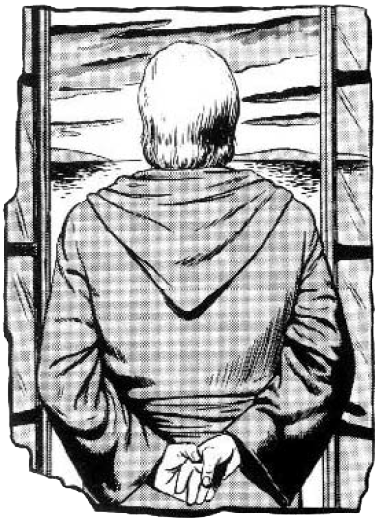 Is the building of a 3rd temple theory or truth?

Bible prophecy is a very mysterious subject, and as the prophet David rightly said: “We cannot be completely dogmatic & always exact to the nth degree in the application or interpretation or even the categorization of many of the prophetic Scriptures. Often the Prophets saw distant events like ranges of mountains one after the other in which only the mountaintops & peaks were outstanding, whereas the valleys were somewhat obscure. As you drive closer & closer, all you can see is the one range right in front of you, it looks like only one mountain range.–But when you journey up that mountain & get to the top, some of those mountains that you thought were the same range turn out to be another 20 or 30 miles away!

So don’t feel bad if you feel a little confused, mixed up & misunderstand something! Poor Daniel, he didn’t understand any of what the Lord was revealing to him! He said the cogitations of his head bothered him & he was even sick in spirit within!–Dan.7:27 & 8:11.

There are many mysteries that God has hidden for Himself & which He has reserved for us only to know sometime in the future or perhaps in Heaven itself! So we’re not expected to understand everything God does & has & knows! So you must understand, of course, that much of what we have passed on to you has been our personal opinion or personal interpretations of our personal revelations, & our own theories & logic & reason, which we consider within the reason & wisdom of the Lord & we ourselves are convinced of & believe. I certainly haven’t got all the answers, but thank the Lord; little by little we have received a little more light on some of these things.” End of quote.

Although we may not get to know all of God’s secrets, He nevertheless greatly desires to update His beloved on some of His secrets. Therefore, I believe He has never stopped pouring out new revelations and secrets to His intimates. These New Wine revelations are passed to us through the medium of prophecy. In our modern world of Endtime prophecy, God expects us to use the gift of prophecy as a Key to unlock the hitherto closed books found in the Bible, like Daniel and Revelation for example.

“All I know is this, & all I can tell you is this, that as I was reading your question & praying about the answer, a very shocking answer came to me, totally unlike the above teaching, totally different but almost totally aligned with events which are presently taking place! “

“In humility and desperation, call on
the keys of change, regeneration and
deliverance to make you a new man-one who loves Me and My Word above all, and who is an embodiment of the new weapons and moves of My Spirit.”

A prophet’s job is to stay in tune to the moves of God’s spirit and pass on what he or she hears from the realm of the spirit. And even though they will not be popular for their voice of warning and some will suffer persecution, this is part of their calling.

For the past two years I have been discussing and blogging some very intriguing Endtime prophecies received by David Berg about the Daily Sacrifice and the rebuilding of the Third Temple in Jerusalem. David’s knowledge of these two pivotal Endtime events was gleaned from other teachers during his life as a pastor, as he himself confessed: “Our teaching on this, which has been the same as most Bible prophecy students, has been that since the daily sacrifice is stopped by the Antichrist, it must have been resumed some time previously. And our standard conclusion has been that therefore the Jews’ temple must have been rebuilt so they could begin having the daily sacrifice which the Antichrist stops when he breaks the Covenant. That’s a step-by-step logical interpretation. However, just because that’s the way it’s been interpreted by us & most Bible students, including Scofield & a lot of others, it does not mean that it’s necessarily going to happen that way! Again, I’m talking about the interpretation or theory that in order for the Antichrist to stop the daily sacrifices, the Jewish temple has to be rebuilt in order for their daily sacrifices to have been resumed. That is simply a theory.” End of quote.

David was a prophet –but not just any prophet. He was, I believe, called by God as “the Endtime prophet” referred to by name in a number of places in the Bible.  And it was in that state as “the prophet” that David received what I believe a direct revelation that revealed one of God’s well kept secrets pertaining to the Daily Sacrifice and the Third Temple.,,,continued in pdf. See link below

downloads from our wine cellar

New Covenant and the Temple