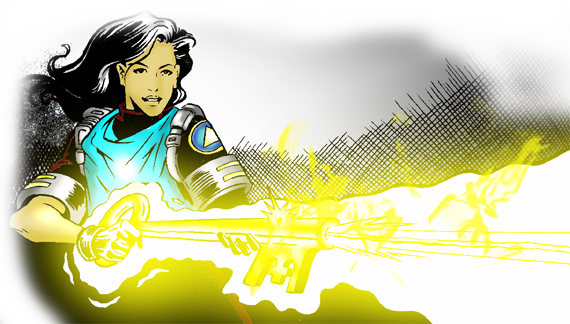 Not on the problem

“The Enemy works for you. In his efforts to defeat you, he actually causes you to be strengthened, because you have to fight, you have to use the new weapons, you have to get desperate.”

All the weapons you need to fight the enemy of your faith are in the Bible. You just have to find them. And just like any worldly military installation, these weapons are kept under lock and key. For good reason too, you wouldn’t want just anyone coming into your armory and pulling out a weapon to use any old how.  Some of the weapons, like prayer and praise are easy to find; use them and they work. Some weapons are a little more difficult to find. You may have to exercise a lot more faith, because they are there under lock and key. The key to gaining access to the armory is faith. Some of the newer Endtime weapons like prophecy, loving Jesus intimately, the Keys of the Kingdom and there are more, will need different keys and access codes. The bigger and badder the weapons, the more faith it takes to use them and the more stipulations there are in using them.

To understand what I am talking about I’ll give you an example. Jesus the man, as we are men, was tempted as we are tempted. He learned obedience to the will of His Father through the things that He suffered just as we learn obedience to the Bridegroom’s will through the things that we suffer, yet He wielded some pretty high-powered weapons when He was on earth. How did He get His hands on these weapons? He didn’t bring them with Him from Heaven; there is no record of Him using them during His teen years. As far as we know, Cana was the first display of power the world ever saw from Jesus. Jesus had the power to raise people from the dead and heal every ailment in between. Whatever He required to fulfill His mission on Earth was available to Him. He didn’t carry all these weapons around with Him; He had access to them through the Spirit.

“Many will hunger and lust after the power of the keys. As My children advance in their use of the keys and learn to harness the untold power of the keys, others will seek after the keys in order to twist their use toward personal glory and fame. These will be eager to learn, to be instructed, to follow the steps to power. But they will find none.”

When you have a question, claim the keys of insight. Rebuke the Enemy’s pride, worries and fears, open up and receive, and I won’t fail to give you exactly what you need.

He also held a secret as to how to gain access to this stash, which He revealed to His disciples in Matthew 16:19. It was once suggested that there was undoubtedly more written about the Keys to the Kingdom, however for one reason or another, the Catholic Church hid the script away in one of their deep vaults. No matter, because to those that truly love their King is given private audience, and it is during those times of intimate interlude that He freely shares all things with His beloved.

Jesus obviously held a box of magic keys which gave Him entrance to Heaven’s weapon stash. However, it is also obvious that these Keys are not just handed out helter-skelter, because if they end up in the wrong hands, imagine the damage they could unleash.  So, yes, it is vital to keep these weapons under lock and key. Jesus said of us, His Endtime remnant, that we would do greater miracles than He did, that meant He had every intention of passing on the Keys to the Heavenly armory. (John 14:12)

And so He has; He presented those with the faith, the Keys to the Kingdom. All power in Heaven and Earth are yours. It’s that simple…right?…well not really. Here’s a quote I found that explains more clearly the conditions attached to the promise. Again, conditions are like locks which can only be opened with keys, obedience being one of them.”

some downloads for you

check out our menu page for more…Wine Cellar

Don’t focus on the problem, that never works; you have the Keys, use’m. A compilation chock full of messages from Jesus about getting through 2022.

A compilation of some amazing prophecy promises about Revelation 12 and flying into the wilderness.

Join MB live having a class on focusing on the power of the Keys for 2022.

Join MB live in a discussion…”What if the 3rd Temple in Jerusalem was never intended to be rebuilt?”