40 Days And Nineveh Will Be Destroyed 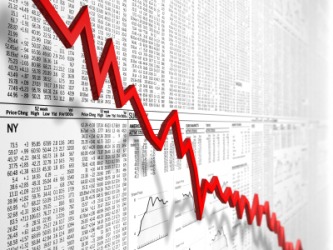 When will Nineveh be destroyed?

“The world and God’s children have waited for thousands of years for the prophecies of Daniel to mature and reach fulfillment. The promise of Jesus coming to take His children out of final judgement during Great Tribulation has also taken thousands of years to be fulfilled. Some wait patiently; others tire of waiting and go back to the world to drink and eat with the drunken and end up so full of that cheap liquor that in their drunken stupor forget their Savoir.

Some of the prophecies of the Endtime prophet David have met similar response from those with scaled eyes, those who scoffed and turned as they wandered off the narrow path of God’s will. Where are these ones now? Our prayer is that they are cutting their way back through the brambles of this world in search of the path they left lo these many years.

One of those David prophecies I speak of is called “40 Days and Nineveh will be Destroyed” #280. It is interesting, but even David himself later talked of it as misconstrued. However, since modern-day Nineveh didn’t meet its doom on that fateful day of prediction, did that mean the modern Ninevites repented as did the Ninevites of old? In sackcloth and ashes, did they fell before an angry God ready to bring death and destruction on their untoward heads? I would say not. In fact they have gone on since 1973 to even greater abominable works. Modern day Nineveh is spoken of in Revelation 17 and 18 as the “whore that sitteth on many waters”…modern day America, the epitome of wanton worldliness.

The parallel of course could be gleaned by those who continue on as if there were no tomorrow; read and you would see that the Ninevites of old soon returned to their vomit and were destroyed by the up-and-coming Kingdom of Babylon. According to God’s Word, modern day Nineveh is surely going to meet the fate of its compatriot. As a friend recently said of “40 Days and Nineveh will be Destroyed” #280…the first 40 days were by faith…the last 40 days by sight…we are now seeing the destruction of world capitalism under the modern day Babylon. The king of Russia will surely fulfill ancient prophecy. Every prophecy shall find its mate. (See MO letter study Ezekiel 38)

So what is the fate of modern Nineveh?

Let’s take a  look at the following verses from the books of Revelation:

Revelation15:1 And I saw another sign in heaven, great and marvelous, seven angels having the seven last plagues; for in them is filled up the wrath of God.

Revelation16:1 And I heard a great voice out of the temple saying to the seven angels, Go your ways, and pour out the vials of the wrath of God upon the earth.

Revelation17:1 And there came one of the seven angels which had the seven vials, and talked with me, saying unto me, Come hither; I will shew unto thee the judgment of the great whore that sitteth upon many waters:

Revelation 17:16 And the ten horns which thou sawest upon the beast, these shall hate the whore, and shall make her desolate and naked, and shall eat her flesh, and burn her with fire.

Revelation 18:17 For in one hour so great riches is come to nought. And every ship-master, and all the company in ships, and sailors, and as many as trade by sea, stood afar off,
Revelation18:18 And cried when they saw the smoke of her burning, saying, What city is like unto this great city!

The Endtime Prophet David tells us in his discourse on the Books of Revelation that there are two periods of judgement during the final days of the end. The first period he names as the “Trumpets of Tribulation”, which the Bible say are seven (7). The second period of judgement is called “The Vials of God’s Wrath”, which again the Bible says are seven (7).

Revelation 8:1 And when he had opened the seventh seal, there was silence in heaven about the space of half an hour.
Revelation 8:2 And I saw the seven angels which stood before God; and to them were given seven trumpets.

Revelation 8:6 And the seven angels which had the seven trumpets prepared themselves to sound.

The Bible teaches us that once God’s children are safely away at the “Marriage Supper of the Lamb” in heaven, then the seven vials of God’s wrath begin to be poured upon those left on earth. So if you read Revelation chapters 15-17, you will come to understand that the destruction of modern Nineveh (the whore) happens during the pouring out of the vials of God’s wrath.

For more on Putin and the gold standard  GO HERE

“Whether you need to solve big problems or fill simple needs, to help others or to supply personal inspiration, call on the keys of problem solving. There is nothing too great or small for the keys, and they will not fail to provide everything you need.”

2nd War of the Antichrist

In Preparation to Rule and Reign