In No Man’s Land

Mar 17, 2022 destroying creation, Endtime, not of this world, River of Life, Spiritual Warfare 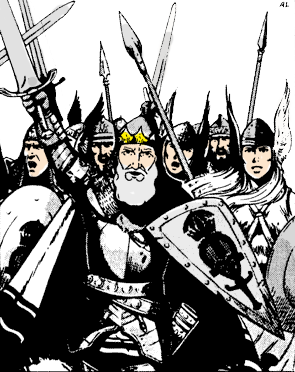 Fighting for the undecided

“Life for Jesus is never like life for the system. Life for Jesus never drifts on; there never is a dull moment in the spiritual realm. The River of Life is always flowing. Life in the spirit is ever flowing and going and coming and moving and changing. Here in the realm of the eternal now, the passage of time does not interfere with happenings like it does in the realm of the mud men. The physical realm seems to stand still waiting for each event to unfold. That is because the planning and execution of each event is engineered in the spiritual realm first. We are the ones kept busy creating and enacting change almost constantly; the spiritual realm is very busy indeed. But my love, this is all about to change –very soon in fact. The carnal realm is about to make a shift in the spirit. There has been a slow merger happening for quite some time now, but this year 2022, it will increase in tempo.  The enemy of man, for millennia, has been pulling creation deeper and deeper into the lower dimensions in an attempt to slow down the plan of God.

There is a pitched battle for the remaining souls who have not yet decided where their loyalties lie. Pray for these that they may see the light and cross no man’s land and come into the land of light.  The spirit of the earth has become heavier and more earthy and the spirit of man more carnal, so carnal in fact he is losing his spiritual nature. Earth is a far cry from the days of Adam and Eve. Even after the fall, the air and waters remained pure for thousands of years. It wasn’t until the modern era that man became less concerned about creation. Now man is so carnal he barely realizes he is destroying the very thing that gives him life.

We are fighting for the Kingdom to come. The Kingdom of God suffers violence as the usurper tries to wrest full control of planet Earth from the hands of the forces of good. We, being the servants of Jesus, are not here fighting for control of planet Earth, as some would think. We are not here to change the system or the politics of man; we are here to win souls for the coming Kingdom. As Jesus said: My kingdom is not of this world: if my kingdom were of this world, then would my servants fight, that I should not be delivered to the Jews: but now is my kingdom not from hence.” (Message from a Blue Angel)

“The Word is what will keep you in time of trial. Listen to My Word, claim My Word, say My Name, praise Me through your tears, rebuke the Enemy, submit your will to Me, and trust Me. Forget your feelings! Obedience and faith bring victory, as you call on the power of the keys.”

Check out our library

Ezekiel 1:15 – The Generators of God’s Power