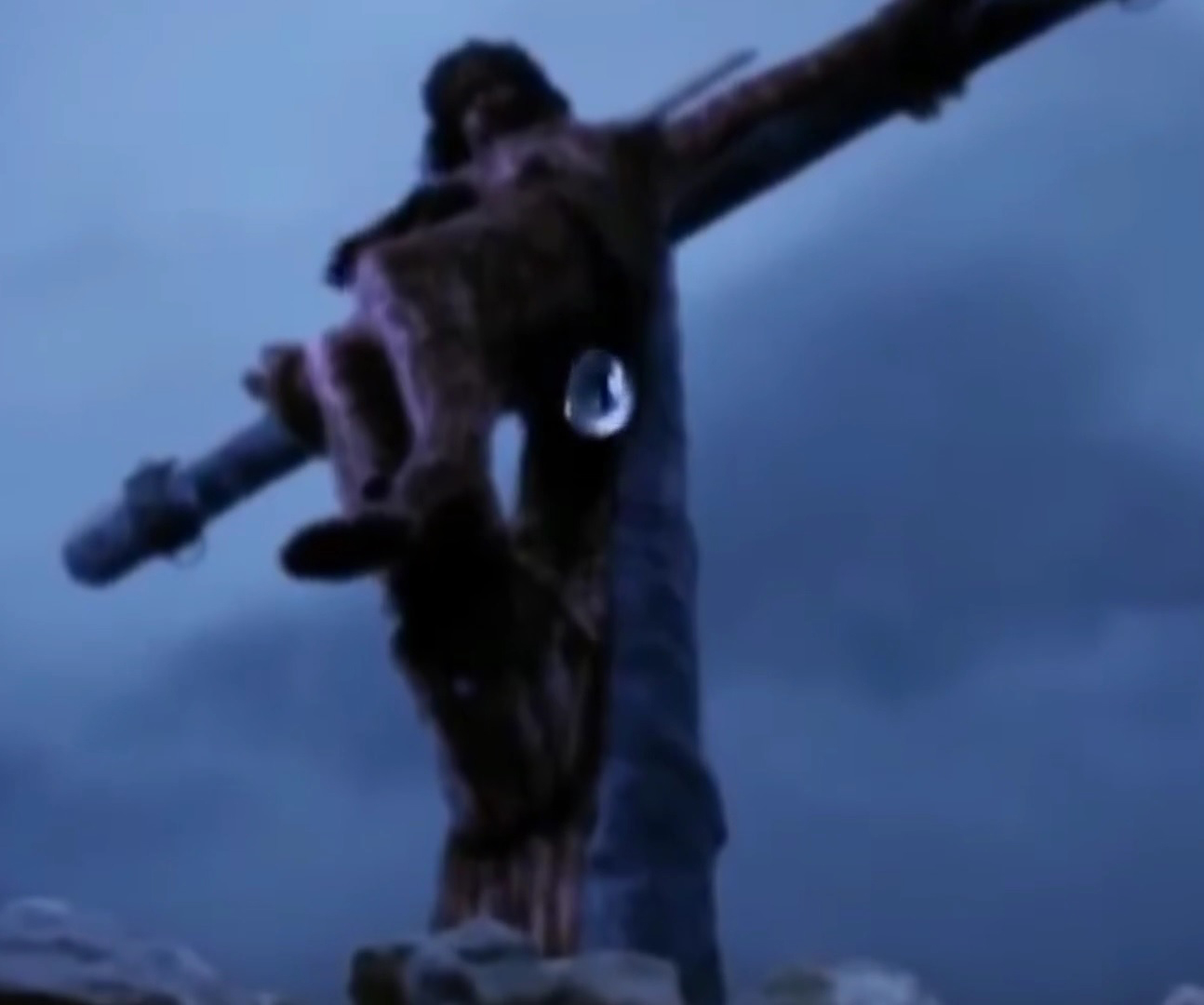 When Jesus therefore had received the vinegar, he said, It is finished: and he bowed his head, and gave up the ghost.

“And in God’s eyes it was finished. The Laws of Moses, every jot and tittle that pertained to the old law, was fulfilled. It has been said –and much of what is about to be shared in this study has already been said.–  “You can get a man out of the church, but it is almost impossible to get the church out of a man”. And so Christians have, in many ways, managed to reverse Jesus’ declaration on the cross, “It is finished”. Starting at the time of the concision, many laws and traditions were dragged over the line that Jesus drew on that momentous day. Tithe, the backbone of Church economy, is but one example that would warrant an exhaustive rebuttal. However there is a much more serious deception at hand; this being that there is a very real possibility that the Devil has pulled the wool over the eyes of most of the Christian world regarding the 3rd Temple in Jerusalem. I’ve touched on this subject in past blogs, but I’d like to use this blog to add a few scriptures as well as some thoughts from others about this question.

To begin I’d like to go back a few thousand years to the days of Jeremiah, a time of great apostasy in the land of Israel. Babylon, the bow of God’s judgment, was sweeping down from the north and Jerusalem was its target. One task given to the king of Babylon by God was to empty Solomon’s Temple of its articles and utterly destroy it. God had grown weary of striving with a people whose devotion was as that of a harlot –her heart just wasn’t in it. Just as Paul admonished his generation, so have God’s prophets reproached each generation since Babylon wiped the tablet clean in preparation for the writing of a new covenant. God is seeking those who love Him “in singleness of heart, not with eye-service, as men pleasers; but as the servants of Christ, doing the will of God from the heart!”– Ephesians 6:5 & 6

Over 600 years before Jesus was born, Jeremiah foresaw a day when God would make a new covenant with His people. Under this new covenant, God would write His laws on people’s hearts rather than on tablets of stone. Jesus said that the second covenant is the fulfillment of what was promised in the first.

Jeremiah 10:20-21 My tabernacle is spoiled, and all my cords are broken: my children are gone forth of me, and they are not: there is none to stretch forth my tent anymore, and to set up my curtains. For the pastors are become brutish, and have not sought the LORD: therefore they shall not prosper, and all their flocks shall be scattered.

“For we are members of his body, of his flesh, and of his bones. This is a great mystery: but I speak concerning Christ and the church.” Ephesians 5:30 & 32

Claim the keys to unlock the power of My Spirit, and the words of prophecy will flow out like from a dam that has been opened, whose water gushes out to refresh the parched and dry land!

The “inward part” Jesus is talking about here is of course the soul. Ever since the days when Adam and Eve walked in the garden of God, our Husband has sought obedience from the heart out of love. Jesus praised Mary for her love for His Word, do you remember? Martha on the other hand, her mind full of dutiful service, familiar and insensitive to the import of Jesus’ visit, scurried around in the wings more concerned about the affairs of the Kingdom than the King Himself. No doubt, if given enough time, she would forget about the King altogether –as has surely happened in this last generation, since the King has gone on a long journey and doesn’t seem to be coming back.

So where was I …oh yes, the Second Temple –now what was the Second Temple for? It seems time had erased the memory of most people because Jesus had to remind the ancestors’ children that it was a place of prayer not a common market. But did their attitude change? not for very long –to be sure, because after the King left in the clouds even leaving promises to return, the then newly named temple, “The Church” went about turning the house of prayer into a house of commerce again. You see, they didn’t seem to get the point that God had come down from Heaven to destroy the Second Temple and write a new covenant in order to get them out of this temple business. To be frank, God has never been into temples. He was happy with His tent, just like the original man of faith, Abraham.

I wanted to see what others have said about some of these points, so here is something I found in my search.

THE JEWS HAD HAD NO PLACE TO WORSHIP BUT IN A TENT CALLED THE TABERNACLE because they were always on the move, always having to move because of their enemies, crossing the great wilderness for 40 years & finally moving into the Promised Land or Canaan, Israel, having kings for the first time, King Saul, the first, King David, etc.

Isn’t this typifying the modern children of Israel? Indeed see Hebrews 11 are we not strangers and pilgrims on this earth, and where is our tabernacle, our tent in our hearts we carry it withersoever we go.”

Here is some interesting insight I found in the letter “Reformation or Revolution”…….

For the rest of this Bible study please follow this link for the pdf copy or go to the download page below for the podcast.

more downloads for you

to see our whole library….Wine Cellar

MB live on a Bible study as to the whereabouts of the 3rd Temple.

MB live…a look into the rebuilding of the 3rd Temple in Jerusalem.

the words of David vs the theologians

Prophecies for the Children of David audio file from John’s library. (robot voice)