Skip to content
Bible 4 U Keys Of The Kingdom

Monsters in the Wilderness 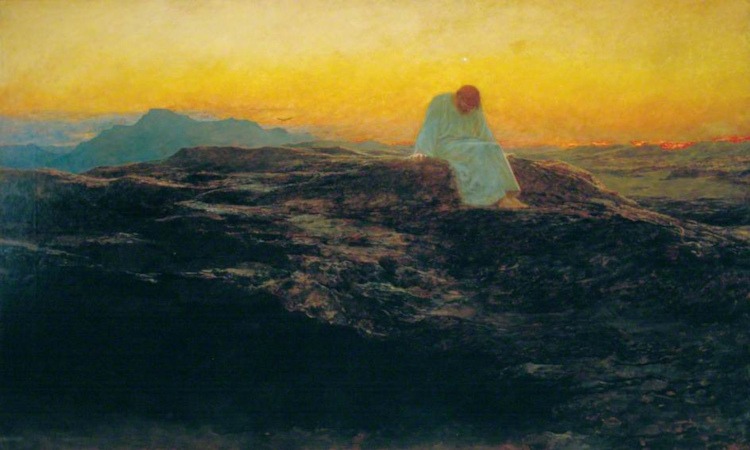 “There are many comparisons between My time in the wilderness and your time in the wilderness. The time spent is almost the same number, 40 days and 40 months of days. The monsters are out here too. The monster of depression is attacking you and others right now. His words are persuasive. The monsters I fought were persuasive too; they were strong, and I had to almost fight them physically it seemed. They don’t go away easily either; what I mean is they aren’t shooed off with a few words or even a class or two. You have to pull out those keys and really blast the monsters to bits. You have to fight them more than once or twice too. They are persistent, especially if they see you are listening to them.

So fight these demons that tell you you are wasting your time in the wilderness; recognize them for who they are and what they stand for. They are standing in your way to the Promised Land. You have to defeat them to pass on to your bigger job of winning the world. I’m warning you that this wilderness travel is no picnic in the park; not many people could do it or even want to do it. They don’t even see the value in it. The older generation of the Children of Israel didn’t see the purpose of it; the older generation of the Children of David doesn’t see the purpose in it. Only a very select group of people get to experience wilderness travel.Most reject the concept altogether, and like the older generation of the Children of Israel, they will go through the coming tribulation  without benefiting from the spiritual strengthening and come out on the other side not ready to fight the giants in the Promised Land.

If you are listening to the spirit, you can easily find the lessons and comparisons throughout My Word, both new and old. You’ve just got to be tuning into those around you, those who are specifically charged with helping you make it through the wilderness. These ones are like the angels that ministered to Me when I was tired and weary and almost spent from the fight. These ones that surround you night and day can bring you sustenance from the spirit world, bread that cannot be bought with money from the physical world, bread that will sustain you long past the time physical bread has gone moldy and sour. The Keys will fight for you, the Key Craft will protect you, the Elerian will take you on their backs to visit Me in My chambers, your Blue Angels will divert energy from the generators of God to empower you in your hour of trial. All these battles are training you for the coming millennium when they will need to be part of your very being. Then you will not only be using the Keys yourself but you will be ministers of the Keys. You will be ministering their power to others, much like your spirit helpers minister the Key’s power to you now.

If you ever hear yourself saying “What’s the point of the wilderness?” Then listen well, that voice is coming from the demon of depression. He is sneaking in the back door of your mind to catch you on the wrong foot. There is a time and season for everything under the sun, and now it is time for you to pass through the wilderness and experience all that it has for you. Don’t waste this time like the older generations did; use it wisely and you will have come through the final test of this earth life.”

Entering Deeper into the Gates

Breaking Through the Illusion

The Elerian at the Gate

Straight is the Gate and Narrow is the Way

Entering in at the Portal Gate

The Paper Pig is Imploding