A Key Called Choosing Your Battles 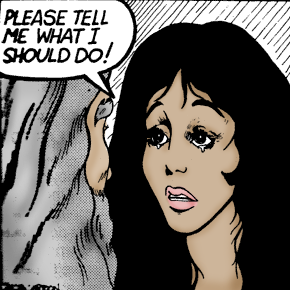 As the war intensifies and the battles multiply, it is important to be aware of the fact that not all battles are meant to be fought, Therefore choosing your battles wisely, according to the Lord’s will, is a very important Key to have and use. Some battles are thrown in by the enemy to decoy you from fulfilling your destiny.

“A prudent man foreseeth the evil, and hideth himself; but the simple pass on, and are punished.” Prov. 27:12 And “prudent” according to KJV is: “The wise in heart shall be called prudent…” Proverbs 16:21

But at other times:

“The wicked flee when no man pursueth: but the righteous are bold as a lion.” Proverbs 28:1

During His ministry, Jesus hid himself or walked in secret many times, and yet at other times, he stood openly against danger, living up to His famous: “Not my will, but thine be done.” Luke 22:42b

“Then took they up stones to cast at him: but Jesus hid himself, and went out of the temple, going through the midst of  them, and so passed by.” “Go ye up unto this feast: I go not up yet unto this feast; for my time is not yet full come.  But when his brethren were gone up, then went he also up unto the feast, not openly, but as it were in secret.” John 8:59; 7:8, 10

And yet, in the garden of Gethsemane, He chose to fight that battle and not hide, knowing that that battle will lead Him to fulfilling His destiny. “Jesus therefore, knowing all things that should come upon him, went forth, and said unto them, Whom seek ye?” John 18:4

When talking or witnessing to people about the times that we are living in and that soon we’ll enter the Great Tribulation, the subject of survival is usually the first one that comes up. “How can we make it through it safely?” It’s a normal, human concern and reaction when faced with a difficult obstacle. And yet, from a heavenly perspective, our first concern should be to fulfill our destiny, whatever that might be. “For I came down from heaven, not to do mine own will, but the will of him that sent me.  As thou hast sent me into the world, even so have I also sent them into the world.  I can of my own self do nothing: as I hear, I judge: and my judgment is just; because I seek not mine own will, but the will of the Father which hath sent me.” John 6:38; 17:18; 5:30

So choose your battles wisely!

See 7 Ways to Know God’s Will