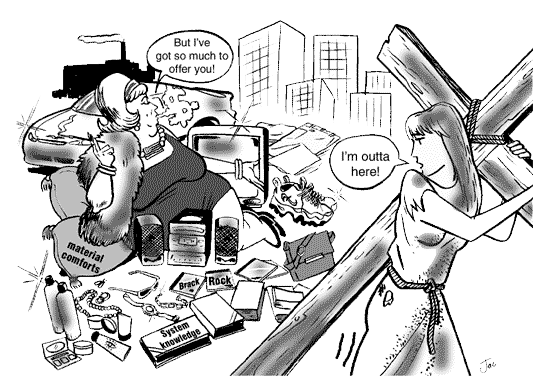 I was listening to an audio recording compilation called “To My Mighty Youth Army” and I received what I believe was a revelation about the 2nd generation.

The revelation or understanding came very easily and was not so much in words as an impression. What I came to “understand” was that the term “2nd generation” does not actually mean a group of people born into the Family at a certain time period but could instead be understood as a 2nd wave of disciples that would be born out of the Words of David at a given specific time, namely the last days. The impression helped me understand that the 2nd generation had little or nothing to do with the flesh, but was instead purely spiritual. (For are we not spiritual Israel?) The ‘impression” went on to reveal that this Gideon’s band of end-time witnesses, would, by their sample and preaching, release a mighty army of the spirit, similar to what Elisha did at Dothan.

Soon after coming to this “understanding” I was reminded of a prophecy a “SGA” recently sent us about the 144,000; following is an excerpt from that prophecy.

“Your world and the events that unfold each day and throughout history are merely shadows, hazy mirrors of the real world, the spirit world.  As I seal My 144,000 earthly servants, so too will I seal My 144,000 spirit warriors. These are the battalions who go forth to make war face to face with the evil one and his minions in the last great conquest.  These are they who will take charge, or be given charge of My children. They will uphold those on the front lines in the physical realm. These are the spirit force of the 144,000.

But there will of course be My earthly 144,000. For I will need those who will lead My troops to battle. And just as you are learning now, so will My 144,000 be led by the spirit, by their spirit counterparts. For is it not the spirit that leads, then the physical follows? Have not I told you that when war is waged in heaven, the earth feels and experiences the effects by also waging war? This is no different.  I am anointing My spirit force as we speak; I am preparing through them, the seal. In a way, they are like your seal, for I have given them great power to protect, to lead and to guide you. This is why it is so important you learn these lessons of following Me closely, for truly it is not in you, but in Me. Stay close to Me, stay pure by staying separate from this world and cleansing daily your heart and mind with My Word. For only those who are pure through taking in My Word and receiving My hot new living Words can be so linked with My spirit. This is the seal, to be sealed to Me, and covered by Me, to think and breath My thoughts and Words.”

This revelation jives with a recent video Mystical Bible released, called, “You Begin The Charge” (If you watch that video you will understand that we, the physical army of David must play our part in releasing the “war machine of heaven”.  As for the 2nd generation of warriors; they will be from any age group simply because they are called or “keyed” by the Words of David from within the spirit realm; something very like what is explained in the Key of David letter.

David’s “Gideon’s band” of 2nd generation end-time witnesses will not be a huge earthly army that many of us may have envisioned but instead will fight alongside a very great and mighty spiritual army in the final battle to take back control of this earth and its inhabitants.

All one has to do to be a part of David’s 2nd generation is to read, follow, and implicitly obey the Words of David. David’s Words take us from the Bible to Maria’s letters and on into the new Era of Action. So in putting them down, or not following them to the “T”, we lose the thread of where Jesus is trying to lead us.

Another thing about the 144,000 earthly warriors: when looking at the 2nd generation (flesh), there never were that many in the flesh. The impression I was getting, was that through The Family’s pouring out of the Words of David, “a greater” earthly army was/is being raised; these are outside the “core” but are still part of the material -realm army. We who know the Words of David intimately may never see this “greater army” but they are there and were empowered partly by the Words of David and partly through other sources, i.e. the Bible and the more spiritual men of God throughout history or directly through the Holy Spirit Herself.

“David’s ‘Gideon’s band’ of 2nd generation end-time witnesses will not be a huge earthly army that many of us may have envisioned, but instead will fight alongside a very great and mighty spiritual army in the final battle to take back control of this earth and its inhabitants.”

“You Begin The Charge”

“As I seal My 144,000 earthly servants, so too will I seal My 144,000 spirit warriors. These are the battalions who go forth to make war face to face with the evil one and his minions in the last great conquest.”

4 thoughts on “The Second Generation”