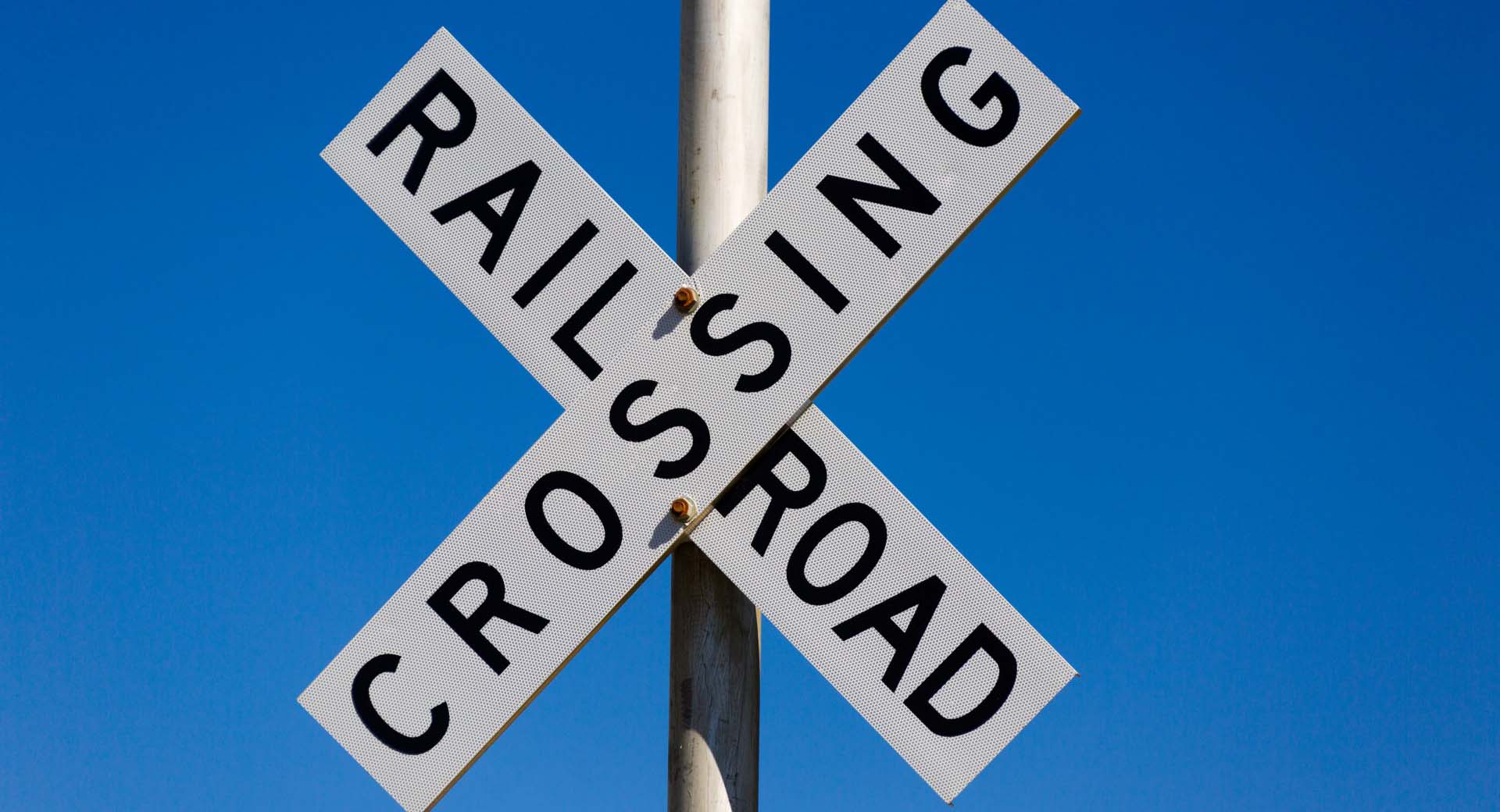 “STOP, LOOK AND LISTEN!”–BEFORE IT’S TOO LATE AND YOU’RE ONLY LEFT WITH LAMENTS!

“Just as events (or prophecy) can have a dual meaning, certain characters can serve a dual purpose by representing, or being emblematic of a particular concept being illustrated. ” This concept is certainly true of many MO letters, as we’ve said of them…Many were written then for then, but many were also written then for now.

I HAD A DREAM LAST NIGHT: A GROUP OF US WERE STAYING IN THIS FRENCH HOME. You and I had a bedroom way upstairs in this third or fourth floor garret and we were sleeping with this beautiful French girl who seemed to be very, very much in love with me.

AT LAST I WAS LEFT SITTING THERE WITH NO ONE BUT YOU AND THIS FRENCH GIRL and one or two others of the young folks of the French family! They were all looking rather sad and disillusioned, for they seemed really hungry and wanted to have the Bible study, but were really disappointed that even our own kids weren’t interested!

WE COULD HEAR THE TV IN THE NEXT ROOM BLARING AWAY AND OUR OWN KIDS WERE LAUGHING AND NOISY. I became so angry finally that I got up, slammed the Bible shut and said so loudly that everybody in the house could hear me.

“ALL RIGHT!–I’M THROUGH!–IF YOU’RE NOT WILLING TO LISTEN TO GOD, THEN GOD’S NOT GOING TO LISTEN TO YOU! He’s not going to speak to you any more until you’re ready to listen!” I just gave up and stomped out of the room and walked back upstairs. I remember passing the bathroom on the 2nd floor where I could see the father shaving in preparation for going to work…

BUT I WAS TERRIBLY DISAPPOINTED IN OUR OWN KIDS THAT THEY WOULD WALK OUT ON THE WORD just because they were so interested in this TV show! I thought, “What a terribly poor example to these French kids!

SO WE AND THE FRENCH KIDS WENT ON BACK UP TO THE QUIET OF THE WAY UPSTAIRS BEDROOM where it seemed like this special French girl wanted to be right close by my side every moment. She didn’t want to leave me even though our own kids did. So she and the French children of the family came on up and followed me up the stairs.

THE UPSTAIRS “UPPER ROOM” IS SIGNIFICANT AND USUALLY SYMBOLIZES INTIMATE FELLOWSHIP WITH THE LORD in prayer and devotion and meditation, the secret place for Bible study and prayer, the “closet”. So just this little handful of us went way back upstairs to this garret bedroom, apparently to continue this Bible study with the Lord.

MEANWHILE SOME OF THE LEADERS OF OUR OWN KIDS CALLED UP THE STAIRS AFTER US SAYING, “WE’RE SORRY, DAD!–WE’LL COME BACK! We’ll come back if you’ll just come back down!–Please! We’re sorry, but we just got so interested in this TV show!”

BUT I SAID, “NOTHING DOING!–WE’RE GOING UP HERE AND HAVE IT!–and furthermore, “I said, “God’s not going to speak to you any more until you’re ready to listen, and if you want to listen, you can come up here and listen in this quiet place and get away from that damn TV and all that racket downstairs!”

“BUT GOD’S NOT GOING TO SPEAK TO YOU ANY MORE UNTIL YOU’RE READY TO LISTEN TO HIM!–AND HE’S NOT GOING TO LISTEN TO YOU EITHER!” I can remember saying that so clearly!–“You’re going to be asking Him to listen to you, but He’s not going to, because you won’t listen to Him!” And I woke up!–Boom!–Just like that!

THE THING THAT REALLY WOKE ME UP WAS THAT I WAS YELLING SO LOUD from upstairs when they said, “Dad, if you’ll just come back down we’ll listen!–We’re sorry!” I just yelled back down at them loudly and angrily, “Nothing doing!”

“GOD’S FINISHED TALKING TO YOU! HE’S NOT GOING TO SPEAK TO YOU ANY MORE UNTIL YOU’RE READY TO LISTEN!–And furthermore He’s not even going to listen to you until you’re ready to listen to Him!” It must be that right now apparently they’re so interested in their TV show that they haven’t got much time for the Word.

BUT I YELLED BACK DOWN, “IF YOU WANT TO LISTEN YOU CAN COME UP HERE and do it and get away from all that noise!” At least the French kids were sober and hungry and eager to hear the rest and followed me upstairs where they could listen.

THE AWFUL FEELING I HAD AT THE END WAS A TERRIBLE FEELING OF WARNING, LIKE THE JUDGMENTS OF GOD WERE GOING TO FALL on the kids for their waning interest in the Word and their growing interest in show business instead! So that when they cried for help under the rod of the Lord’s chastisements, then He wasn’t going to listen to them! He was really going to sock it to them!

WHEN THEY PRAYED FOR HELP, HE WASN’T GOING TO LISTEN! He was just going to let them suffer for their sin–their real sin of not being willing to listen to Him! When they needed help, God wasn’t going to listen. When they tried to get His attention, He was going to go His own way!

BUT IF THEY WANTED TO FOLLOW HIM, THEN ALL RIGHT, THEY COULD! They could go upstairs to the quiet place. But He wasn’t going to go chasing them around trying to beat them over the head with a Bible to get them to listen! But the hungry and thirsty ones, the real sober and sincere and needy and desperate ones–desperate for the Word–those who couldn’t live without it–followed even when our own kids wouldn’t!

IT’S JUST LIKE THE LORD DESERTS THE CHURCH WHEN SHE NEGLECTS AND DESERTS HIM!–He finally gets sick and fed up with her and turns His back on her and deserts her even when she’s yelling for help! He lets her suffer for awhile for her sins of neglect and disinterest and desertion!

SO DON’T BE SURPRISED WHEN THE LORD SEEMS TO NEGLECT AND DESERT YOU AND DOESN’T LISTEN TO YOUR WORDS: YOU’VE PROBABLY NEGLECTED AND DESERTED HIM AND REFUSED TO LISTEN TO HIM!–And after people have refused to listen for a long time, the Lord doesn’t always inform them in advance what He’s going to do next, because He figures if after that long a time of neglecting to listen, they won’t listen now either!

SO LET THE LISTENERS BEWARE EVERYWHERE THAT THE SAME THING DOESN’T HAPPEN TO YOU! But, of course, those who are not listening, won’t even hear this warning, will they? They’ll go on their merry way until they run into trouble and try to get God to listen and He won’t hear them!

SO LISTENERS BEWARE! Those who are listening will be aware of what’s happening and they will listen and they will follow, thank God! But those who aren’t listening won’t even know there is anything wrong until their world begins to crumble around their ears that won’t listen!

“STOP, LOOK AND LISTEN!”–BEFORE IT’S TOO LATE AND YOU’RE ONLY LEFT WITH LAMENTS!–Which are you?–A listener or a lamenter?–Or which will you be? God have mercy on you and help you to listen before it is too late and you’re left with nothing but laments!

Everlasting Rewards of the COD

Come Out From Among Them

The Destiny of the COD

To My Second Generation