Dream of Crossing Over 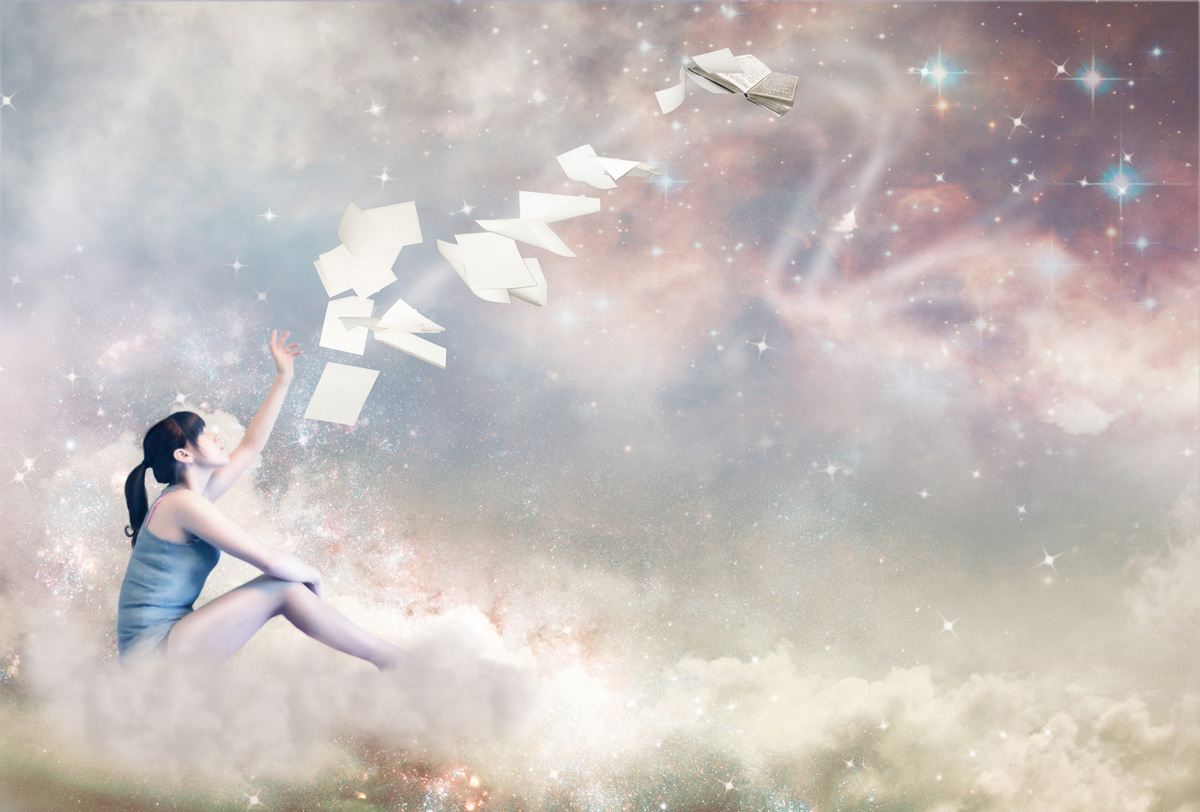 WE ARE NOW IN THE WILDERNESS

A Dream of Crossing Over

“I dreamt that I was with some of my missionary colleagues and we were having a meeting with my relatives. We were in some fancy office building, which I now realize was representative of the system. We’d come to a point of disagreement, and I was walking out of the meeting. The disagreement was somehow related to them believing that to survive as missionaries on the field we needed their assistance; that without them we would not be able to continue our missionary work. I remember seeing, out of the corner of my eye, some sort of paperwork, which I grabbed on my way out the door. The paperwork, I believe was representative of the last thing I needed in order to not have to go back. I now know the paperwork represents the Word of God.

At that point, I woke up. I went to my computer and after praying I saw the file “Key Promises”.  “The perfect thing to start Word time with,” I thought. I opened the file and the topic Rising Above appeared. I started to read and it was like my eyes “opened”. It was one of those funny realizations that is a little difficult to explain. It dawned on me that we are at a point in time now where we only have Jesus and the Keys, and to get where we are going, nothing else is required. If there is a need, you go to the Keys, because only the Keys can open the door to that need, whatever it may be. The Key promises were coming alive and I was seeing just how miraculous our situation is. I’ve been using the Keys for years now, living by faith for years too, but somehow it was simply out of obedience without having been given an understanding or revelation of how it was happening and how miraculous it all is. I believe now that we have actually passed over the 35th meridian that Bill Kinney spoke of and into what the Bible calls the wilderness.” (Revelation 12) (Also see podcast “Flee As A Bird”)

Through the keys you have the power to leave behind the things of the carnal man.”

We have been following by blind faith up until now. But I believe that our faith is about to get a big injection and we are going to actually “know” the Keys are working. As I said, it is one of those experiences that is difficult to put into words. It is kind of like a continuation of the verse on faith: Hebrews 11:1 “Now faith is the substance of things hoped for, the evidence of things not seen”. Well, I believe we are about to see the evidence of our faith, and I don’t just mean in manifested miracles, but somehow we are going to experience the miracles as well. We are going to start seeing things the way the Lord does. Here is another Key promise that I read when I woke up this morning, and it goes nicely with what I’m trying to explain.

There is great faith in the keys. Call on the keys of faith and they will give you eyes to see things in the spirit, the way I do.

Soon after Word time I checked the mail, and John had written Lisa. He was talking about what his blue angel had shown him recently regarding spiritual communication. Here is what he said. I’ve added my response:

John: “I was a little sad that I wasn’t able to communicate with you but today I read over my prophecy session with my blue angel, Aqua (Aquamarine) and it appears that it was a partial success as you said that maybe you felt a tingling in your fingers. Here is part of that prophecy:

(Aqua:) If you had spiritual eyes, you would be amazed at how many are around you in the room right now. There normally aren’t that many around you, but they are here now because it is a special moment in time. You are now opening up more to us, so they all want to be here. You know, important moments on the Earth plane are never recognized by anyone there. This is one of them……

Would you like to connect with Stephen? Or maybe Lisa? (me:) O.K. maybe Lisa. (Aqua:) She is sleeping right now but she will be waking up soon. (I didn’t know what time it was there) You know the Lord loves it that you are trying this. He is so excited. Try to reach out and touch her. (I tried) (I also said hello) Someone started showering and broke the connection. A little later…..

(me:) Aqua, Do you have anything to tell me? (Aqua:) There are cheers going on because history is being made. It’s kind of like a New Year’s celebration. It’s not only the first time this has happened but also there was a special break in the fabric between our worlds. You should be happy too. I know you are wondering if it really did happen. You are waiting for some kind of proof but you know that faith doesn’t need proof. (I praise the Lord by faith).

So it appears that something did happen. Maybe the Lord will show you something about it.

P.S. It just occurred to me that I wasn’t instructed to try to speak with you, just to try to touch you. But I had it in my head that I had to speak to you, so it looks like my carnal mind got in the way.

Stephen: Thanks for bringing this up, John. We’d tried this with Esteban last year, but with little success, but just now as we were reading your note, it did occur to us that yes, it would be natural for the Lord to expect us to start knocking on the veil with expectation. As Aqua pointed out, “There was a special break in the veil”…It’s our faith that needs to open the veil or split the veil. We have to do our part. So we both prayed and reached out to you on the spot. Maybe you experienced something? Anyway, lets keep doing this; we believe as you do. It will be a very important tool in the near future.

It is a requirement to hone our spiritual gifts, and now we have been given another gift, but to open it fully, we need to practice using it. It is all part of exercising our faith for greater miracles. Since the breaking of the covenant,  (I’m not sure what month it was. The special notice was dated October) I am now very sure that we have crossed over and into the wilderness of the spirit so there will be signs following.

“Forward is the only option now. You have passed the point of no return. Anywhere you turn, you will be faced with system requirements. That is because there are only two ways now. The door of the undecided has been shut; now the system is deciding for you. You just watch and see how quickly the final touches are added to the trap. No longer should you be enticed by the need for carnal support, for I can supply anything and everything you need within the 5th dimension of the wilderness. It is all by faith and will remain by faith for the rest of the journey. As the days turn into months, it will grow increasingly difficult to turn aside or turn around. It will take much greater faith because I will expect you to step out by faith at every turn and in time you will be required to take a leap of faith in order to cross some canyon or to traverse some fire or trap set by the enemy. Greater faith indeed. Spiritual communication is just one of the gifts I wish you to hone. Don’t fret, it will not get more difficult. It will instead become easier as your faith for those leaps grows.”

The single greatest personal benefit in loving Me intimately is the thinning of the spiritual veil between us. When you love someone‚ you can often sense and feel things that they’re going through even when not in their visible presence. You begin to sense My will more clearly; you begin to read My mind, feel My feelings, and receive My thoughts. Because you love Me intimately, the spiritual veil between us becomes thinner and thinner as you fall deeper and deeper in love with Me and become more and more accustomed to My way of thinking and acting.

There have been some mighty changes in the spirit world in recent months, which I have related to you, My children, in the Letters about the keys of the Kingdom. There has been an opening in the veil that separates the realm of the spirit from the physical realm. So, just as you have received more power and will experience more power the more you call on the power of the keys and remain receptive to My Spirit and believe My promises of rising above and of being able to do the impossible, the other side has more force as well.

The power of the keys–and the other weapons of the spirit–empowers your prayers more than ever before. When you call on the power of the keys in prayer, you heighten and increase your prayer power. The keys create a slit or an opening in the veil between your world and Mine, and in an instant, in a split second, you can access full, tremendous power from Heaven. This is what you will need in the days to come when My power and the keys’ manifestations will be clearly known and seen.
You will not always have time to prime the pump, speak in tongues, and desperately pray lengthy prayers as you do now. There will be situations where you’ll need to simply utter the words, “The keys!” and lightning will fall, or prison doors will open, or eyes will be blinded, or wild beasts’ mouths closed, or whatever miracle you need will come to pass. That’s when you’ll see and know clearly that there is a specific difference between praying without the keys and calling on the keys. You’ll see and know the instant power available to you through them, such power that was not available to you before–not even through the powerful weapon of prayer without the enhancement of the new weapons. The keys will bring on-the-spot power‚ direct answers, and are created specifically for times when tremendous surges of heavenly intervention are needed in an instant, according to My will. (Our Patient Lover #3559)

Keys Are Our Wilderness

Call On The Keys Now

Rewritten With Blue and Gold

The Remnant Arising and Shining

Got Your Key, Then Let’s Go

How To See In The Dark

2 thoughts on “Dream of Crossing Over”