Skip to content
Bride of Christ The Millennial Kingdom of God

The City That Moses Built 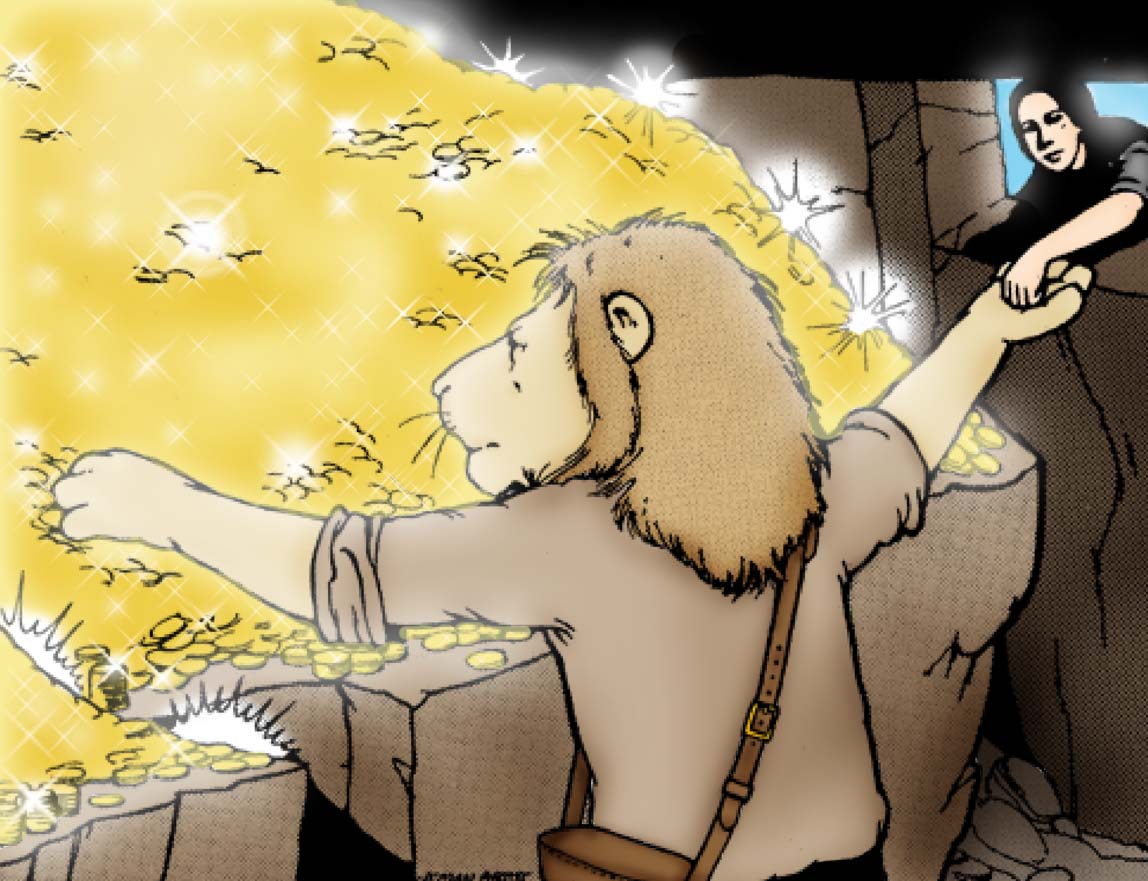 (MO rouses slightly out of sleep and whispers to Maria:)

In the Bible, when some person dies, it might say something like: And when thy days be fulfilled, and thou shalt sleep with thy fathers…

We know what that line means because Jesus gave the following explanation to His disciples: “These things said he: and after that he saith unto them, Our friend Lazarus sleepeth; but I go, that I may awake him out of sleep. Then said his disciples, Lord, if he sleep, he shall do well. Howbeit Jesus spake of his death: but they thought that he had spoken of taking of rest in sleep. Then said Jesus unto them plainly, Lazarus is dead. (John 11:11-14)

I want to share with you a few lines from “The City of Buried Treasure”, but first I have to awake our old friend out of sleep. I’ll start with a Key promise: “Claim the keys of desperation so that when you prophesy, you will be as a miner searching for hidden jewels. Claim the faith of the prospectors who must spend days, nights, and weeks digging, mining, and searching for that which they desire and need”.

From there on out, you can awaken MO with whatever words Jesus leads you to say.

The MO Letters are not some words from a long-forgotten era. They, like the Bible, are just as lively as ever. In fact, there are secrets held within the lines of many MO Letters that not only reveal secrets from the past but also secrets that have been kept under lock and Key only to be opened now, in the last hours of world history. But that stands to reason; MO was the Endtime prophet after all, and we are in the time of the End. And as expectant children looking for the signs of His coming, we have all the tools needed to mine for the wine, both new and old. For the old bringeth forth the new. So I’ve called up MO to see if he has any New Wine, and I’m using the old wine as a vehicle today. Of course, we aren’t restricted to using MO Letters as our prophecy vehicle, because the “living water” is always flowing. All we have to do is ask, call on the right Key and as the scripture says, “Out of our belly shall flow rivers of living water.”

Now, right here is a good illustration of a physical example with an underlying spiritual meaning. MO is asking for wine in order to give the revelation (old wine for new wine).

See, I’m looking for new revelation, New Wine, and right here I see it saying, “the city that was built in Moses’ day.” You might be excused if Moses of old comes to mind, because that is what MO thought when he interpreted this dream. But that was then and this is now, and this dream has taken on a whole new meaning for us today. So instead, I see in that line, the city that Moses David built. And if you want to take it further, he built the City of Brotherly Love, or the modern-day Church of Philadelphia. (Some of us here call ourselves Philly Brides.)

Upon seeing the words, “the wide valley” I am reminded of Ezekiel 37:2 “And caused me to pass by them round about: and, behold, there were very many in the open valley; and, lo, they were very dry.” Now considering what we’ve been through since Moses went to sleep, I’d say that verse and the others that follow it are very fitting.

The valley we’ve crossed since MO went to sleep has been long indeed. We’ve passed through many difficulties and have lost a lot of friends on the way, but we’ve also learned a lot. We have crossed that valley, and we are now at the city that Moses David built.

Now, right here there’s a shift…and rightly so because we are almost 30 years into the future, and we are no longer really heading for the City that Moses David built but the city that Jesus built, the Golden City. Do you see what I’m trying to show you here? Well, I’m pretty sure that if you read the rest of this MO letter, you will find some hidden treasure that is just for you. David often talked about the mountain range of prophecy that inevitably had another range of mountains behind it, which you would see as you drew closer. I believe we’ve reached the last mountain. There are no others, and now it is time to climb this last one to the Golden City.

To see the deeper meaning, you have to use your binoculars, your spiritual eyes. The world has become very carnal minded; they are looking for the signs of the times with their carnal eyes, but Jesus said to the church people of His day that they would not be given a miraculous sign in order to believe, but they would be given the sign of Jonah. It is the same for this generation: we have been given the Word of God. That’s the sign for this generation. There will be no miraculous signs (from Heaven) until they see the Son of Man coming in the clouds. This generation has gone into perdition and is now standing at the door of the new millennium and doesn’t even see it. (Matthew 12:39, Mark 8:12, Luke 11:29-30, Matthew 16:1-4)

By faith we have passed through those difficult holes and come out into the big valley that leads to the Golden City. We still need our binoculars to make it the little distance there is yet to go. But before we reach, the world of man must die. It must be destroyed, because it cannot come with us into the Millennium. This is the stage we are at right now. As the world goes into perdition ,we, the Philly brides, go into the wilderness. (Revelation 12:6, 14)

And for those that believe, MO is still in there passing out the gold to whomever wants it, but it’s not just Old Wine. It is new, New Wine, Wine that will lead you the rest of the way to the Golden City. But you have to get your binoculars out and you have to become a miner yourself.

MO went to sleep in 1994 –as for us, well, we crossed the wide valley and arrived with our binoculars (prophecy) at the gate of the Golden City around 2016/18…That’s a long way. So you see, there is a continuation or dual meaning to that dream as we have found with the many MO Letters we’ve been reading since arriving from across that wide valley of around about 24 years.

We’ve been discovering lots of gems and treasures in the Old Wine, and receiving lots and lots of fresh New Wine. What about you?

FWIW; I don’t know if this is significant, but that number 24 is the second time I’ve seen it this morning, and its still very early. The other time was when I was reading the MO letter “City of the Future”, which I began browsing immediately after reading this MO letter we just read, “The City of Buried Treasure”. Now that is interesting and has to be significant. The Golden City is mentioned in “The City of Buried Treasure” and the “City of the Future”, two letters with similar content. I wasn’t looking for it but how I chanced upon the number 24 in the “City of the Future” was by doing what my son did the other day when he found the secret 1,260 days buried in the acronym, COP27. Here is the key from the “City of the Future”: [an exact measurement from one corner to its opposite corner of 2121.32 miles…(City of the Future!, The [#2112])] Now you’ve got to appreciate that string of magic numbers; Jesus has been showing us so many wonderful number combinations this year, 2022.

I’ve never been mathematically minded, but this year, the numbers 20, 21, 22 and now 23 and 24 have made quite an impression on us, to a point where I now see number combinations in lots of places. So, can you see the number 24 in that measurement of our “City of the Future”? 2×1=2 x2=4 x3=12 x2=24. The number 24 has been coming up a bit more of late, but especially over the past few days, and that can be credited to Thomas, who is looking into the shortening of the days in (Matthew 24:22).

Anyway, we’ve been shown that 2022 is the portal year, and many earth-shaking events have happened this year. One that has a significant meaning for us is that this is the year that we were led into the wilderness. And here we are spending a lot of time refining all the gold that the old prospector found back in the days when he built that city, which this MO letter calls the City that Moses built. The MO Letters are so much like buried treasure. The old prospector dug up that gold and so many people benefited from it back in the days when Moses was building the city. But you see, the story didn’t end there. The gold was buried for some time and is only now being rediscovered and refined, just like “The City Of Buried Treasure” says should happen. It should be refined it and given out to the people.

I guess the Infostore is the place where the gold was stored by the old prospector and his mate, but someone tried to bury it during those 24 long years.

So, we’ve been digging it up and refining some of it, which the old prospector said was our job –digging up the buried gold and refining it to find the double-meanings and the dual fulfillments that are buried in a type of code, deep within some of the old MO Letters. And to do that, of course, you have to reach into that hole where Moses was digging and where he now eternally resides. There he is, still handing out the gold to those that are interested in what Heaven has to offer.

” Well an angel measured our city,  and I wouldn’t trust too much how angelic the men were who measured the Moon!–And they certainly didn’t get out there & bore a hole through it & then measure it with a tape measure to be sure it was exact, they reached that figure of 2163 miles in diameter for the Moon by various estimates & calculations from right here on Earth!–Nearly a 1/4 Million miles away!” (The City of the Future)