Seeking the Treasures of Wisdom 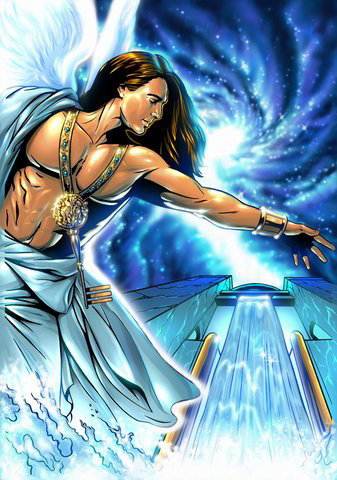 This morning, I took some time to worship and just saturate myself in His presence, and while I was doing this, I began to be immersed in a vision. I found myself in a large cavern, which had a river flowing through it. As I gazed up at the high ceiling, I saw there were uncut gemstones embedded in the face of the rock. The Father spoke, “You will find treasures here that you will find nowhere else.” His voice sounded hollow as it echoed round the cavern. “Hide yourself in the cleft of the Rock daily, daughter, and no harm shall befall you.” I suddenly remembered that the Rock which followed the people of God in the wilderness was Christ. Then I remembered that God had said to His people that He wanted to feed them with honey (revelation) and oil (anointing) from the flinty rock. A flint stone is used for circumcision (Remember Joshua after the Israelites crossed the Jordan in the Promised Land). A flint stone is also used to create a spark which gets a fire going. To hide oneself in the flinty Rock is to be hidden in the Source of the fiery anointing.

Father spoke again, “Come, daughter, we have further to go.” I followed deeper and deeper into the back of the cavern and the space got narrower, so that I could barely squeeze through. I was aware that I was moving toward the deep things of God and that I could carry nothing or no-one else with me. Then the narrow passageway opened up into another smaller cavern with a deep, still pool of midnight blue water. I saw there were sparkles moving under the surface, much like firefly lights, except they were blue.

“These are the depths of the wisdom and knowledge of God.”

“No, daughter, this water wells up from deep underneath, from eternal springs that have never been exposed to the light of earth.”

“Are we still inside the Rock?”

“Yes, daughter, all the treasures of wisdom are hidden in Christ. This pool is fed by the same spring from which the river flows, but it is a different branch.”

“Now it sounds like you are talking about a tree…”

“Well, yes! And, no… The Tree of Life has its roots deep in this artesian well. But, also, those who are a part of My Servant, the Branch, in this hour, shall be planted here too (and Psalm 1 came to mind: ‘like a tree planted by streams of water…’). Few have ever seen this pool. Some choice saints of centuries past were led here by the Spirit of Wisdom, but in this generation they don’t seek still waters. They want rushing waterfalls that generate power flowing through their hands. They seek signs and wonders. Very few are willing to be still and know that I am God and that all that unfolds is working toward Me being exalted in the earth. So much soulish teaching; so many seeking to snatch up their swords and lop off ears as they see the approach of what MUST come… It is written, daughter, and yet, many try to pray it away. Instead of seeking Me daily, pressing in deep and rooting themselves in Me, so that they will not be shaken by the storm, they take up cudgels and demand rights and engage in fleshly battles with a foe that has no intention of surrendering an inch of his plan for world domination. They war from soulish understanding and set themselves in opposition to My Eternal Word. Instead of stilling their hearts in My presence to listen to My still, small voice, they raise theirs in protest against the loss of outward freedoms and comforts. Have they no understanding of the times?

I would sup with them; can they not hear My knock? I have gold refined in the fire for those willing to pay the price of its purchase – and salve so that they may clearly see how far they have wandered from MY narrow way that leads to Life. Instead, they clutch their riches and seek to shore up their temporal citadels. Do they not know that their every breath is granted by My mercy? Do they not remember that he who seeks to save his life shall lose it? This coming war cannot be fought with ammunition forged in the factories of men. Their true foe is not flesh and blood. My people need urgent updates to their battle plans, and the war being fought now is for their souls. Will they sell them so easily for a few outward freedoms granted?

Forget the past, My people. That way of life will never be again. Striving to retain it only wastes precious time and strength which you need to bring in the harvest. Update your software, saints. You are functioning on an old program. Move from outward to inward – My kingdom is within you and none can prevent its expansion. Seek My face. Seek this place where the treasures of wisdom are to be found, deep within the Rock. Seek My face; seek My embrace. If you are truly hidden in Me, no outward change can shake you. Yes, you will observe them and, yes, the wearing out of the saints will continue a short season, but your source is in Me. All who are thirsty can come and drink freely. Drink of My goodness in your midst. Feast on the abundance of My house, even as earthly food stores run dry. Feed your soul in the cleft of the Rock and know that no-one can snatch you out of My hand. If you acknowledge Me before men, My Son will acknowledge you before Me, but if you deny Me, there is nothing I can do to help you. Choose life, My children. Press toward the Source, the Giver of Life, and know that the darkness has never been able to overcome My light!”

Then I see a home prayer meeting with a handful of people on their faces. Their lips are moving and I see within each one, a dynamo spinning and generating power and light. The light level in the room is increasing exponentially. Outside, there is dense darkness; one cannot even make out buildings or a skyline, but the heat and power and light generated in the room by the praying saints is phenomenal. They are praying in tongues, not their natural languages and no-one looks at anyone else. They are so focused on pressing in to the throne. And then I see drops of rain begin to fall in the room. It is not raining outside and this is not natural rain. The praying continues and the drops become a deluge. Then I see in the heavenly realm that the dynamos within these saints have generated power to open a sluice-gate in heaven, from which is pouring this thundering water. Then a scripture from Hosea 6 comes to me: ‘Come, let us be zealous to know the Lord, for His coming is prepared and as certain as the dawn. He will come to us as the heavy latter rain that waters the earth.’ I realize that this heavy rain is the rain of the revelation of Christ Jesus drenching the little band of earnest seekers.

And then I am aware that I am still in the chamber where the deep, still pool is, and the blue sparkles moving beneath the surface are actually sparks of energy and power being generated and affected directly by the tongues of those seeking His face. The pool of the depth of the knowledge and wisdom of God is directly linked to the outpouring of the revelation of Christ as the heavy latter rain. I don’t understand the spiritual logistics of this; how can a pool deep within a cavern of the Rock that is Christ be connected to a sluice gate that releases the heavy latter rain? And even as I ponder this, I see the Rock which gushes water in the wilderness for God’s people, and I know with a certainty that God’s faithful saints are again entering a wilderness season as they leave the Egypt of the world system, and that this pool I have had the privilege of seeing is a vast ‘water tank’ intended to quench their thirst in the 3&1/2 years that lie ahead. Jesus is our Rock in a dry and thirsty land. Though we walk through the valley of the shadow of death, we will fear no evil, for His ruling rod and the staff of His guiding words will comfort us. The table prepared before us in the presence of our enemies is Wisdom’s table and the goodness and mercy of the Rock which is Christ follow us all the days of our earthly pilgrimage (Psalm 23).

Today is Hoshanah Rabah, the 7th and greatest day of the Feast of Tabernacles. It is the day on which Jesus stood up and said, “If anyone is thirsty, let him come to Me and drink”. What a fitting day to be shown the deep waters stored up for His thirsty sheep in this endtime season. Come not to the wisdom wells of man, not to the pulpits of the Babylonian church feverishly bolstering the burgeoning beast system, not to books of theology and endtime teaching, not to the alternative news media who try desperately to keep up with unveiling the deceptive dance of the New World Order, but COME TO ME! That’s face to face. Can you hear His knock?

I cannot describe to you the depth of the stillness and peace in that cavern where the deep pool of the wisdom and knowledge of God quietly waits. Be still and know that He IS God. He WILL be exalted in the earth. He will help you. There is a river whose streams make glad the city that is built by the King. Take the time to listen again to the spiritual song the Spirit gave me from Psalm 46 at Passover and find yourself in that place, deep within His unshakeable presence. He is our Peace (Eph 2:14).

The Keys Are Our Wilderness

“As an eagle that stirs up her nest, that flutters over her young, He spread abroad His wings and He took them, He bore them on His pinions.  So the Lord alone led him; there was no foreign god with Him.  He made Israel ride on the high places of the earth, and he ate the increase of the field; and He made him suck honey out of the rock and oil out of the flinty rock.” (Deuteronomy 32:11-13)

The Blue and Gold of Heaven